Why Tai Chi Is On My New Years Resolution List When I first heard about Tai Chi I was in my twenties and had just moved to a new city. Someone told me that it could help arthritis, and I wanted to get out of the house and meet some people so I decided to try it. Before I do any kind of exercise class I try to talk to the teacher to let them know about my fused wrists and movement limitations because in the past I’ve had teachers who try to correct me not knowing that what they are asking me to do is impossible. I called and talked to John, the instructor, and he told me that Tai Chi has been done for over a thousand years and can help with pain, stress, balance, and strength. Originally Tai Chi was a martial art practiced in China but over the years it has transformed into an exercise routine for the whole body, that utilizes the breath and visualization in order to create a walking meditation. The name Tai Chi Chuan, translates to Supreme Ultimate Exercise, and if you walk around any park in China you’ll see why. People of all ages and in different levels of health practice Tai Chi, and every one of them looks like they are slow dancing to a soundless tune.

My first Tai Chi class was a bit intimidating. The movements that look so easy and fluid take time to remember. For the entire hour we practiced the opening sequence which takes maybe twenty seconds. By the next week I’d forgotten most of what I learned and I realized quickly why John said it was important to practice. But my body loved it. Within a few weeks I felt steadier on my feet. I was riding a bicycle one day and I rode through a small gate that had always had to get off and walk before because I was afraid of falling or hitting it. I started sleeping better. And I felt stronger, both in my body and in my mind. Something about imagining I was a tiger when I was doing the tiger claw move made me feel like Rocky, stronger than I knew! I became hooked and was an avid Tai Chi student for the next few years until I moved to another state.

Since then, I’ve taken more Tai Chi classes, and branched out by trying Qi Gong as well, which is similar to Tai Chi, but more focused on moving Chi, or life force according to Chinese medicine, through the body in order to influence healing. There have been hospitals in China that utilize Qi Gong as a healing modality and when I’ve done it I have experienced a similar overall relaxation and improved balance that Tai Chi gives me. The one difference I’ve found for me is that since Tai Chi is more dynamic, it helps my pain more than Qi Gong, which you do standing in one position for the whole time.

If you are interested in looking into Tai Chi for yourself I’d suggest looking up a man named Paul Lam, an Australian physician who began to practice Tai Chi after he was diagnosed with arthritis and found it made a dramatic difference in his pain. He went on to develop a program called Tai Chi For Health, and has specific programs for arthritis, fall prevention, and osteoporosis. If you look on his website:https://taichiforhealthinstitute.org/about-us/ you can even search for a certified instructor near you, or if you are lucky enough to live near Portland, Oregon, you can attend a workshop with Dr. Lam himself in June of next year. I had the pleasure of meeting him about fifteen years ago when he taught a class in m small town of Durango, Colorado and it was well worth the time and expense. Or just go to your local community center and ask if they have any programs there, because often they will. There are different Tai Chi styles, some more martial art oriented, and some more focused on general health but all of them will give you similar benefits.

I doubt I would have done Tai Chi if RA wasn’t a part of my life, but one of the many things that life with rheumatoid arthritis does for a person is to make them try things they never would have imagined doing otherwise. And it’s a lot more fun than most other things I’ve tried. So this year, starting a Tai Chi class again is my number one resolution. Maybe it can be yours too!

Join 42,000 subscribers to our weekly newsletter. 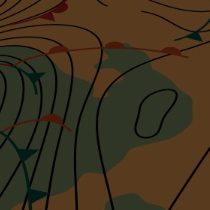 The Storms in my Joints 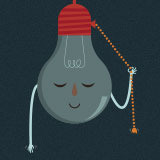 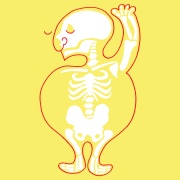 Top 5 Facts You Should Know About RA