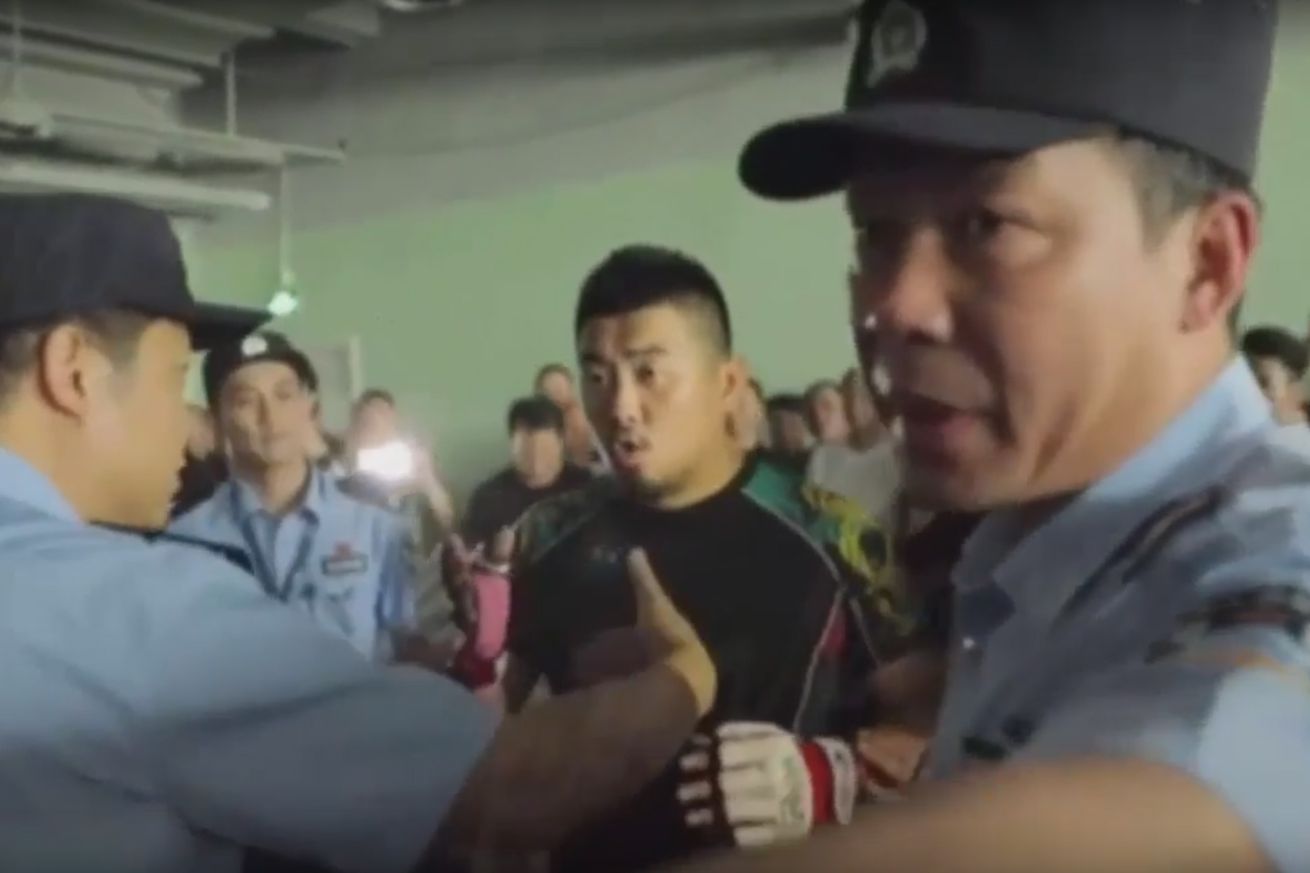 As part of his punishment, Xu has also had his credit score reduced, meaning he can no longer buy and rent property.

Xu had to use the name Xu Dong Gua (which means Winter Melon) and wear clown make-up to fight Lu, under threat that organizers would pull the live-stream of the event if he declined. The name Winter Melon was meant as a jibe against Xu’s physique.

Atkin writes that the stipulations were part of a wide-scale campaign by ‘Chinese authorities’ to discredit, embarrass, and hinder Xu; who has been on a mission to ‘expose the fakery of traditional Chinese martial arts.’

Other measures taken against Xu — according to Atkin — include search results for Xu being removed from Chinese search engines and Xu’s credit score being reduced to Level-D. That credit score means Xu is unable to travel on high-speed public transit. Because of this, Xu had to take a 36 hour train journey just to catch a flight to Karamay for his latest fight. Xu’s new credit score also means he can’t rent or buy property and stay at certain hotels.

Xu’s credit score was changed by Chinese courts as punishment for insulting a tai chi grand master known as Chen Xiaowang. Xu has also been ordered to pay Chen 400,000 yuan ($60,000 USD) in damages and to publicly apologize to Chen on social media for seven consecutive days.

Chen claims to be a 19th generation lineage holder of Chen family taijiquan and one of the few holders of the rank of 9th Duan Wei, a martial arts honour granted by the Chinese Wushu Association.

Chen is one of many traditional martial arts masters to have their skills questioned by Xu. This lead Chen to sue Xu for defamation. In his piece Atkin claims that China’s ‘all-powerful’ Wushu Association supported Chen’s suit and were integral in Xu receiving such a harsh judgement.

Xu recently posted a video online where he cried over his treatment. He too placed blame with the Chinese Wushu Association. That video, along with subtitles, was uploaded to YouTube by Fight Commentary Breakdowns.

“I’m just an average citizen,” cries Xu in the video. “I say I’m the first Chinese MMA person, am I wrong? I repeat, I’m Chinese. I represented Chinese people in MMA, and now they’re all attacking me.”

Xu has faced resistance from mainstream Chinese martial arts culture (known as the wulin) ever since he beat-up a tai chi master at a gym in Chengdu in 2017. That fight occurred after Xu argued with traditional martial arts practitioners over MMA’s superiority as a system for combat and self-defense.

Xu is scheduled to fight another traditional martial artist next month. However, SCMP reports that if the contest is allowed to go ahead any footage of the fight may be suppressed.